The 66-year old Porsche driver from Melbourne has been lured back by the brand new event that will be held over 250 competitive kilometres around Mount Hotham in Victoria’s North East from 14-15 November.

After rolling his 1974 Porsche 911 RS at the 2013 Targa Tasmania while leading the classic competition, the multiple Targa Classic and Classic Adelaide winner has finally rebuilt his prized ride with the help of leading independent Porsche specialist Louis Giosis of Motion Automotive in South Melbourne.

The Makulu Vehicle Storage supported 3.5-litre Porsche promises to be a classic favourite and Broadbent says it’s better now than ever before.

“Louis has done a fantastic job to not only return the car to its former glory but to make it quicker than ever,” said Broadbent, who will have former navigator Chris Randell back at his side for the event.

After two years out of the game, the now retired former CSIRO acoustics lab manager is keen to get back behind the wheel.

“It’s been a while between rallies, so really I am just aiming to finish – unlike my last rally,” jokes Broadbent. “It’s also about enjoying the experience of a new event.”

“Stuart is very well known within the motorsport industry for his exceptional event management skills,” said Broadbent. “These combined with the region’s technical and relatively moderate road speeds promise a fantastic event.”

“What a combination; one of Australia’s most distinguished rally drivers steering one of the country’s most recognisable classic Porsche racing cars,” said Benson.

“We’ve put a lot of energy into developing a truly challenging tarmac rally event that’s worth winning so we’re very pleased we’ve been able to woo Rex out of retirement.” 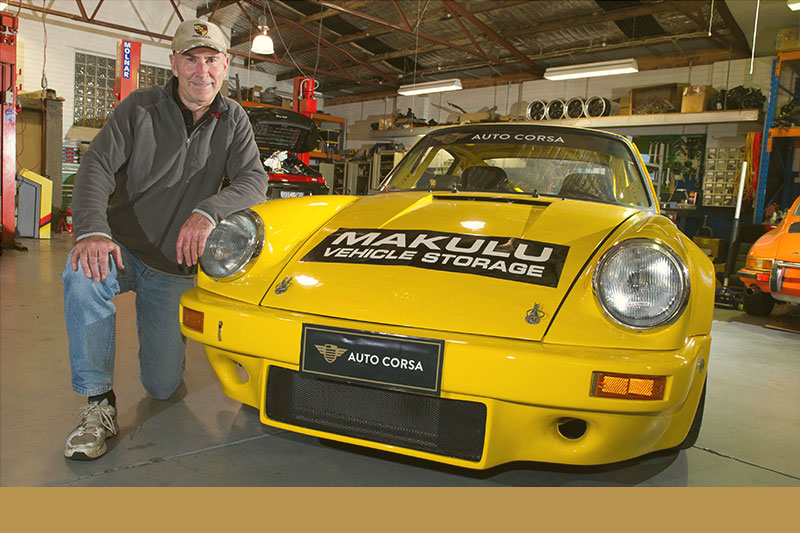 Broadbent’s Porsche is the most successful cars in Australian classic tarmac rally history.

Originating as a road car, it was developed into a circuit-racer, which is where Broadbent first became acquainted with it as guest driver in the Porsche Cup Australian Grand Prix support races.

Broadbent later purchased the car and developed it for tarmac rallying.

Since owning the car Broadbent has dominated a number of classic tarmac rallies including Targa Tasmania, which he as won seven times and Classic Adelaide which he won five times. 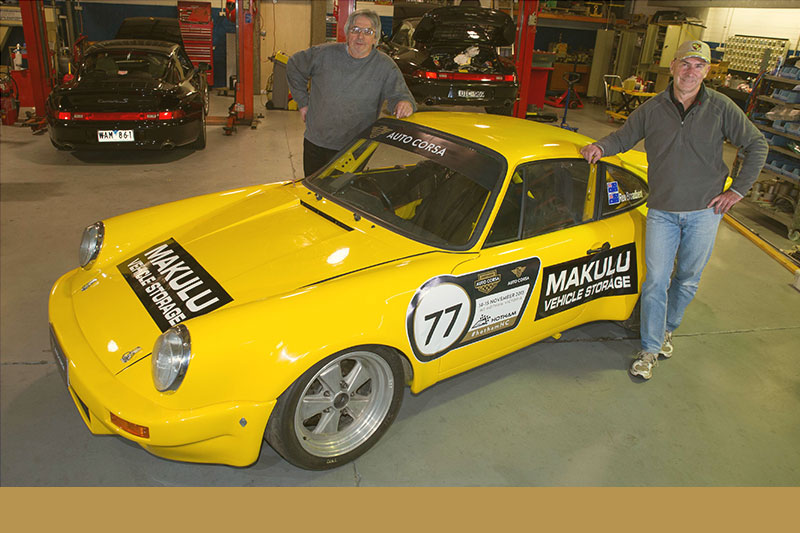 The inaugural Hotham Auto Corsa will be based at Mount Hotham and take in roads around Falls Creek, the Alpine National Park and nearby towns including Harrietville, Omeo and Mount Beauty.

The rally is expected to attract a competition field of up to 200 cars across its Tour, Challenge and Competition categories and will be held in conjunction with the Mount Hotham Alpine Cup International Hillclimb, which at 29km is the world’s longest hillclimb event.

Early Bird entries for both events close on 15 June 2015.