The second annual running of the popular Poatina Mountain Race hillclimb event in Tasmania’s north-east will be held on Sunday 6 December 2015, and it promises to be bigger and better than before.

Promoted by Auto Corsa Group, the 2015 event will see an exciting extended course offered over a longer 10.2 kilometre stretch of Poatina Road and an increased field size of up to 100 cars.

Auto Corsa Group co-director, Stuart Benson, said the 2014 event was the first of its kind in Australia to comprise a long course hillclimb and a sprint format tarmac rally in one day, over the same section of road.

“We were absolutely overwhelmed by the support received from the motorsport community for the first running of this unique event in 2014,” Mr Benson said. “As such, we’ve operationally altered the event to accommodate increased entrant demand.”

Competitors of the 2015 event can now choose from one of three competitions: a driver-only hillclimb; and for drivers and navigators a traditional tarmac rally sprint and, new in 2015, a speed-restricted ‘challenge’ category.

“We’re very excited to be able to offer an even stronger product in 2015, thanks to a longer and more challenging course,” said Benson. “And we hope the new category will make the event even more accessible for those new to the sport, or who wish to participate without the pressure of full competition.”

Each entrant will compete six times over the technical long course hillclimb, covering 61 kilometres in a single day.

The 2015 course will again take in a stunning piece of the former Hydro Electric Commission constructed tarmac which has an evaluation gain of 580 metres, snaking up Mount Blackwood from Norfolk Plains to the Central Plateau in Northern Tasmania.

Poatina Village will once again play host to the event’s start and finish celebrations and vehicle display. Locals are encouraged to get amongst the action and rub shoulders with the entrants.

Already signed up for the 2015 event is Launceston young gun, Adam Garwood. The 16-year old is currently leading the three-round National Hi-Tec Oils Sports GT Series and is still celebrating his win at Round 2 held at the V8 Supercar meeting at Queensland Raceway two weeks ago.

“Being able to travel around Australia to follow my passion for racing at such a young age is just fantastic and a dream come true, and I can’t thank my family and our crew enough for making it happen.

“I am really looking forward to opportunity to race right in my backyard, and on such a magic piece of road,” said Garwood, who will contest the event’s rally category in a 2008 Porsche 911 GT3 Cup with navigator Cameron Reeves of Brisbane.

Family rivalry will be rife at this year’s event with Adam’s dad Greg, a regular Targa Tasmania driver and circuit racer, also entered in his 2001 Nissan Skyline GT-R. 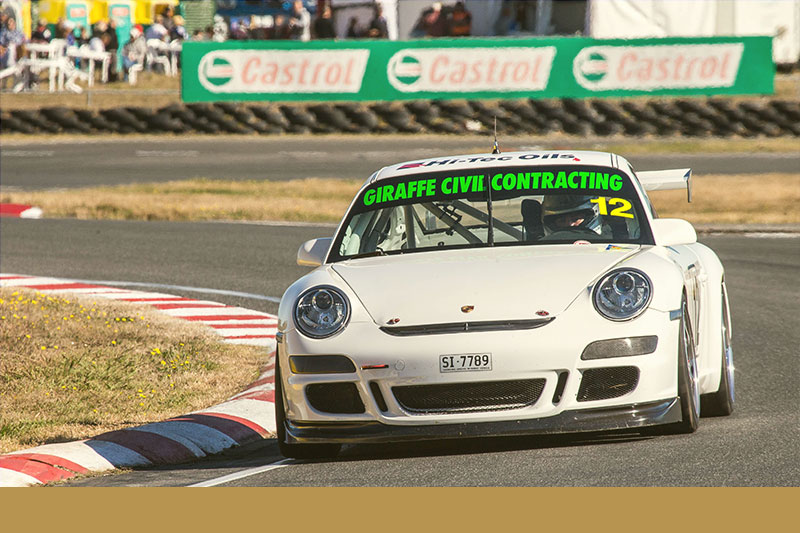 More than 50 cars from across Australia were invited to compete in last year’s inaugural Poatina Mountain Race, with Hobart rally driver Matt Rickards and his navigator Michael Potter taking out the rally title in their Mitsubishi Evolution 9 RS. Jamie Lonergan, a successful circuit racer also from Hobart, won the hillclimb category in a Nissan Skyline GT-R.

The Poatina Mountain Race is facilitated through support from the Northern Midlands Council and the Government of Tasmania through the Department of State Growth.

Significant support for this event format from within the motorsport community is such that Auto Corsa Group is now working towards a Southern Tasmanian equivalent to be offered during the summer months of 2016.

Auto Corsa Group is a promoter of closed-road motorsport events, owned and operated by Tasmanians Stuart Benson, who is Targa Tasmania’s former event director, and Darren Fogarty. Just prior to this year’s Poatina Mountain Race, Auto Corsa Group will stage the world’s longest hillclimb and a new 11-stage tarmac rally in and around Mount Hotham in north-east Victoria from 14-15 November.