Darren Fogarty is one of two directors of motorsport event promoter, Auto Corsa Group. He and long-time friend, Stuart Benson created Auto Corsa Group to deliver the kinds of events they enjoy – with great service, great roads and plenty of fun for spectators and participants.

Darren’s love for cars goes back to childhood. His late father Terry owned a mechanic shop (Terry Fogarty Automotive) in Hobart. During Targa Tasmania Terry would work on competitors’ cars. “Dad’s friends who were competing would drop by. They would only have a certain period of time to work on the cars, so it would be a bit of a mad rush. If there was anything that didn’t get fixed in that time Dad would have to go down to the waterfront in Hobart where they were locked away and work on them in the middle of the night. I went too – he couldn’t keep me away. I probably didn’t help much, I was probably more of a hindrance, but it was fun anyway,” reflects Darren.

Collecting car magazines soaked up Darren’s pocket money from a young age, and he still has magazines dating back to the early 90s in his collection. His first driving experience was on the go-kart track at age 13, turning his mother off motorsports when he flipped his go-kart in his first race and it landed on him. His Dad put him in an ambulance at the track and had the go-kart fixed and ready for Darren to race again the same day. ‘Get back on the go-kart’, as they say. And so he did. 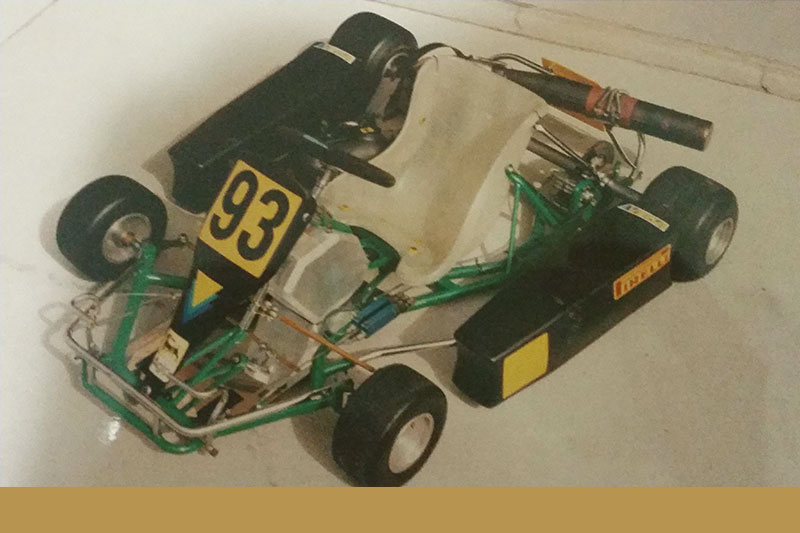 Darren worked in projects for the Tasmanian government, including the Department of Premier and Cabinet, for many years before moving to Melbourne with his now wife, Lydia, and starting projects work with the Department of Transport in 2007. His passion for motorsports remained, undertaking a number of senior safety and course evaluation roles at championship Targa events with friend and now business partner, Stuart Benson, as Sporting Director. He has also competed as driver and navigator in several events throughout the years and although his beloved Porsche was sold many years ago, he competed in a Honda Integra for a number of years and having sold that, is looking for his next car.

Darren and his brother Cameron with John Bowe

Having worked in government for well over a decade, Darren had been thinking about a career in motorsports for many years and when he and Lydia helped Stuart run an independent event in Adelaide, it became obvious the pair could create some fantastic events nationally working together.

“What we’re trying to do with these events is to run really good events on fantastic roads but also make it a fun festival or community-style event as well - to bring some of the vibe and the excitement back into it. Our clients and competitors generally spend a lot of money to run their cars and compete and they need to be able to enjoy it and get the most out of our sport,” shares Darren.

Now that he’s working full time on Auto Corsa Group, Darren has found that his experience in government, predominantly in project management for large transport projects, is valuable in bringing Auto Corsa Group events to fruition. Darren and Stuart have prepared a schedule of new events for 2016 and beyond, with the intention of repeating various events annually and regularly adding new events to the offering.

“Where I want to see it in a years’ time is that our clients and competitors will see in Auto Corsa Group a consistency in approach. That is, delivering great events that are a premium experience, but also a lot of fun – starting with our Hotham events in November.”