A field of around 50 local production-based classic and modern sports, rally and circuit cars and their crews will convene for this year’s second annual Poatina Hillclimb on Sunday 6 December.

Crews will compete six times over the event’s extended 10.2km course over Poatina Road, which snakes up Mount Blackwood to the Central Plateau of Northern Tasmania. Each entrant will vie for a class win and to achieve the overall fastest time of the day.

Defending champion of the event’s Driver Only category is Hobart’s Jamie Lonergan. Jamie returns to the event in 2015 with his 1989 Nissan Skyline GT-R and is eyeing a back-to-back title. Likely to be one of Jamie’s biggest rivals this year is Launceston’s Greg Garwood in his newer model Skyline (2001 GT-R V-Spec). Devonport’s Phil House in a BMW Alpine C2 and Hobart’s John Ralph in his 2006 Subaru Impreza WRX STi are bound to be quick, and an unknown quantity is Mark Beckett, also from Launceston. Beckett is of Tasmanian drifting origins and will campaign his 1993 Nissan Skyline Gts-t.

Likely to be a frontrunner in the event’s Tarmac Rally category is Launceston’s Adam Garwood and Brisbane’s Cameron Reeves in a Porsche 911 GT3 Cup car. 17-year-old Adam has been very successful on the track in his Porsche this year, winning two rounds of the three-round national Hi-Tec Oils Sports GT Series. 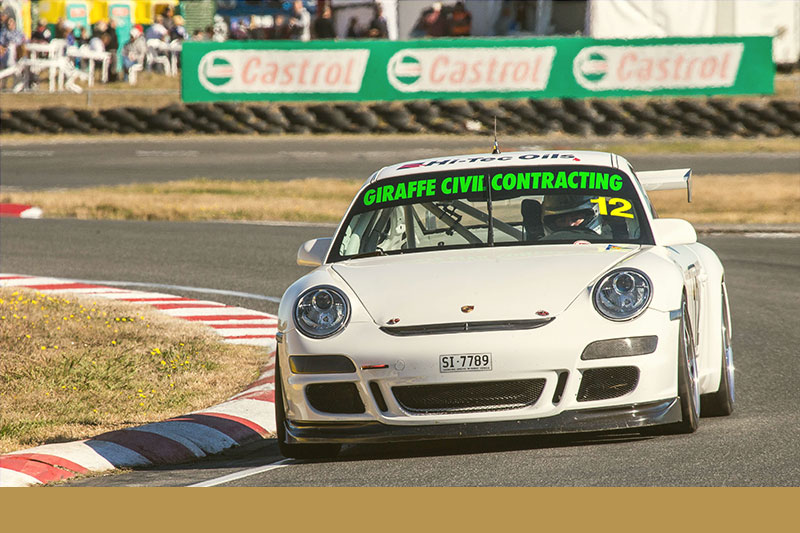 Other top contenders in the Tarmac Rally category will be the Maguire brothers from Somerset in the state’s North West. Eddie Maguire and his navigator Mike Potter will be a force to be reckoned with in their 2007 Mitsubishi Lancer Evolution IX RS, while Eddie’s younger sibling Steve – who won this year’s Targa Hellyer – and his navigator Damien Grimwood of Hobart will be campaigning to win their class in a 1998 Mitsubishi Lancer Evolution V.

Also hailing from the North West is local rallying favourite Jamie Vandenberg. All eyes will be on Jamie and his brother, and navigator, Simon to see how quick they are in their 2007 Mitsubishi Lancer Evolution IX RS. Equally, Peter Nunn and Keith Johnston in their 1985 Porsche 944 Turbo and Kerry Luck and Adam Colgrave in a 2004 Porsche 911 GT3 – all from Launceston.

One of the fastest rotaries in the event will be the Benson Motorsports Mazda RX-7 SP, driven by Hobart’s Peter O’Keefe and navigated by Julie Winton-Monet. Another rotary worth watching is the RX-7 Group B Replica of Hobart Signworks owner Andrew Morris and his navigator Matt Bush. 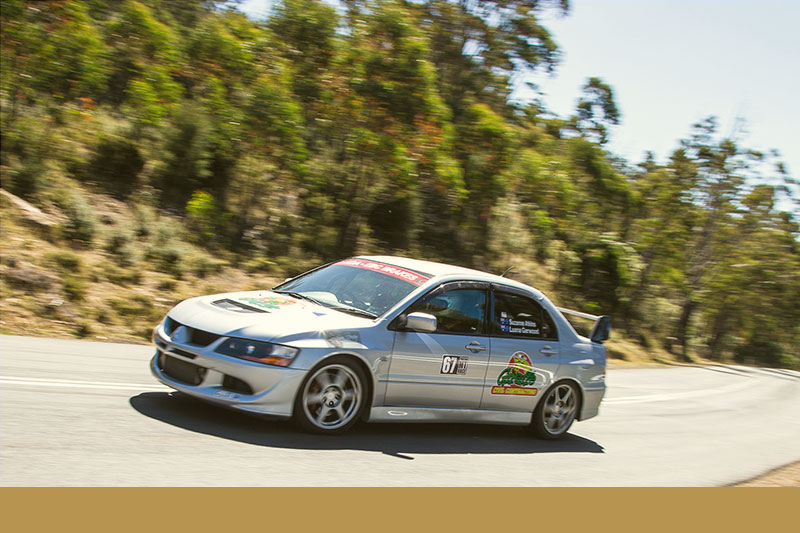 “We couldn’t be happier with the quality and depth field we have for this year’s event,” says Auto Corsa Group co-director and event Clerk of the Course, Stuart Benson. “There will be something for everyone at Poatina this weekend and we encourage Tasmanian motoring enthusiasts to come along on Sunday, check out the action and take in the atmosphere.”

Poatina Village will be a hive of activity on the day with servicing and re-group located on the Village Green and plenty of family entertainment on offer including a jumping castle, face painting and a Thomas Train. There will also be plenty of tasty treats on offer around the village to keep spectators and competitors fueled throughout the day.

There are three spectator vantage points from which public can catch the action. Two are based along the course and, with Poatina Road re-opening briefly every hour, there will be ample opportunity to move to the different spots throughout the day.

Competition will kick off at 9.00am with award presentations starting at around 4.30pm.