Pritchard, driving a 2016 Dodge Viper ACR, and navigator Hutchinson, achieved both the fastest single time and accumulated stage times of the day of the event’s 8.9km course snaking up the iconic Poatina Road from the small tourism hub of Poatina Village.

Finishing 21.7 seconds behind winning pair was Launceston’s Peter Nunn and Keith Johnson in a Turbo Porsche. Rounding out the top three was Hobart’s David Ayers and Rod Black in their Nissan GT-R based Nismo 400R, a further 50 seconds behind.

“The car went really nicely,” says Mike. “Today was the first motorsport event for navigator Michael and he did a great job.

“The focus of today was testing for Targa Tasmania and we made a number of changes,” says Mike, a competitive sailor and former national level hockey player, who used the same car, but with different compound tyres to finish second in the GT2 category of Targa Tasmania and Targa High Country this year.

Podium positions for second and third were not clear until the final stage of the day, with Hobart’s Peter O’Keefe and Julie Winton-Monet suffering a drivetrain failure just after the start line of stage six, in their Mazda RX-7 SP. O’Keefe had been constantly recording times with a narrow margin to Nunn.

Featuring MoTeC systems and a turbocharged Ford Zetec engine, the highly developed MkII Ford Escort of Damien Moore stopped the clocks with the fastest time in the classic car focused tarmac rally driver only category with an impressive time of 4 minutes 32 seconds. Securing second place was Hobart’s Lew Bush in a Mazda RX-2, 26 seconds behind Moore.

“Feedback from competitors, spectators and the local community has been overwhelmingly positive and certainly assures a bright future of is unique event”. 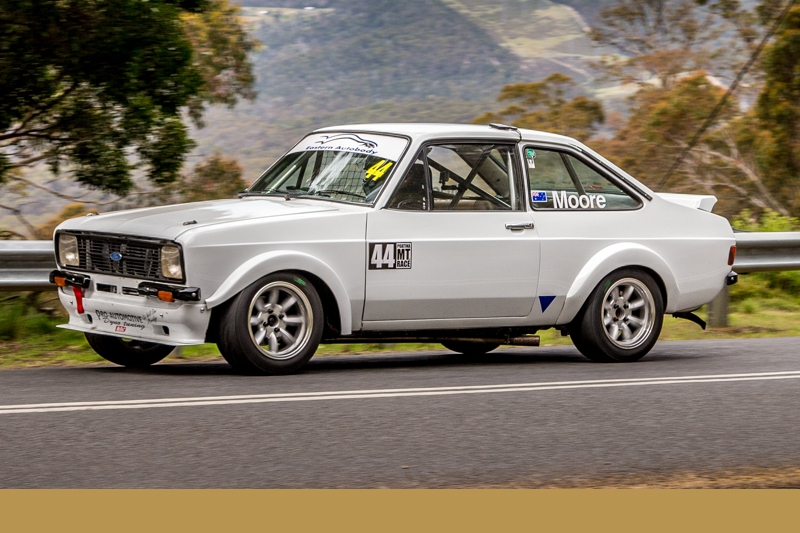