The Australian designed and built 2009 Skelta G-Force that finished third in the Open class at Pikes Peak in 2012, will be a thrilling starter at this year’s inaugural Mount Hotham Alpine Cup International Hillclimb from 14-15 November.

The head turning and lightweight Skelta is the brainchild of 66-year old Ray Vandersee who is a long time circuit racing and rally competitor. From his hometown of Toowoomba, the former Queensland Rally Champion has custom crafted eight tarmac-focused Skelta racers over the last decade – most of which remain active in competition across Europe and within Australia.

Now retired and residing in Uki in Northern New South Wales, Vandersee is focused on his next motorsport challenge; the world’s longest hillclimb in the Australian Alps in Victoria’s North East.

Promoted by Auto Corsa Group, the driver only event starts in the picturesque mountain village of Harrietville and finishes 29km and 241 turns later at the top of Mount Hotham. Each competitor will race up the 29km course six times during the weekend-long event.

The Skelta has proven itself a formidable racer over the years with early inceptions having secured a number of podium spots including a win at the 2007 Mount Buller Sprint and SunCoast Classic Rally at the hands of Vandersee himself. Later that same year the car finished second at Targa West, this time with Bathurst champion Tony Longhurst at the wheel.

Following a specification upgrade to the Skelta in 2009, Vandersee went on to finish second Outright at the 2010 Targa Tasmania. In 2012, Vandersee leased the same car to Aussie Jeff Denmeade for the famous Pikes Peak hillclimb event. Denmeade finished an impressive third in the 19km event’s Open class.

Vandersee, who has maintained his involvement in motorsport driving his 2009-spec Skelta in the Australian Endurance Championship and various Queensland sprint events, says the Mount Hotham Alpine Cup Hillclimb was an obvious choice for his next major motorsport outing.

“Pikes Peak in the Skelta has always been a bucket list event for me, but being so far away it’s not really practical. However, being familiar with the Pikes Peak course, I can say first hand that we now have an even more technical and challenging equivalent right here in Australia.”

“At 29km, the Alpine Cup combines the best of elements of tarmac rallying with the driver only format of circuit racing,” said Vandersee who will retain the Skelta’s Pikes Peak racing livery for the Alpine Cup as a tribute to its mountain climbing heritage and capabilities.

“Better yet, at Hotham, drivers will have the opportunity to clock their fastest time over six competitive runs up the mountain – compared to only one at Pikes Peak.”

Auto Corsa Group has signed a three-year deal with the Mount Hotham Alpine Resort Management Board to deliver the two events.

The Skelta G-Force weighs in at just 780kg thanks mainly to a chrome molybdenum steel spaceframe reinforced with Kevlar and a carbon fibre aluminium honeycomb sandwich with a chassis weight of just 80 kilograms. 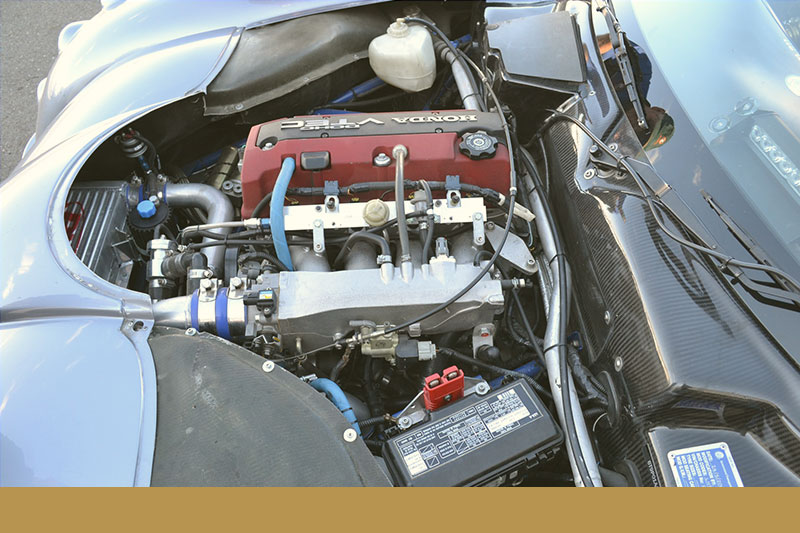 The Skelta’s perfect 50/50 weight distribution teamed with its 240kW Honda F20C 2.0-litre supercharged engine and a six-speed close-ratio Honda transmission will make it a force to be reckoned with at the event this November.